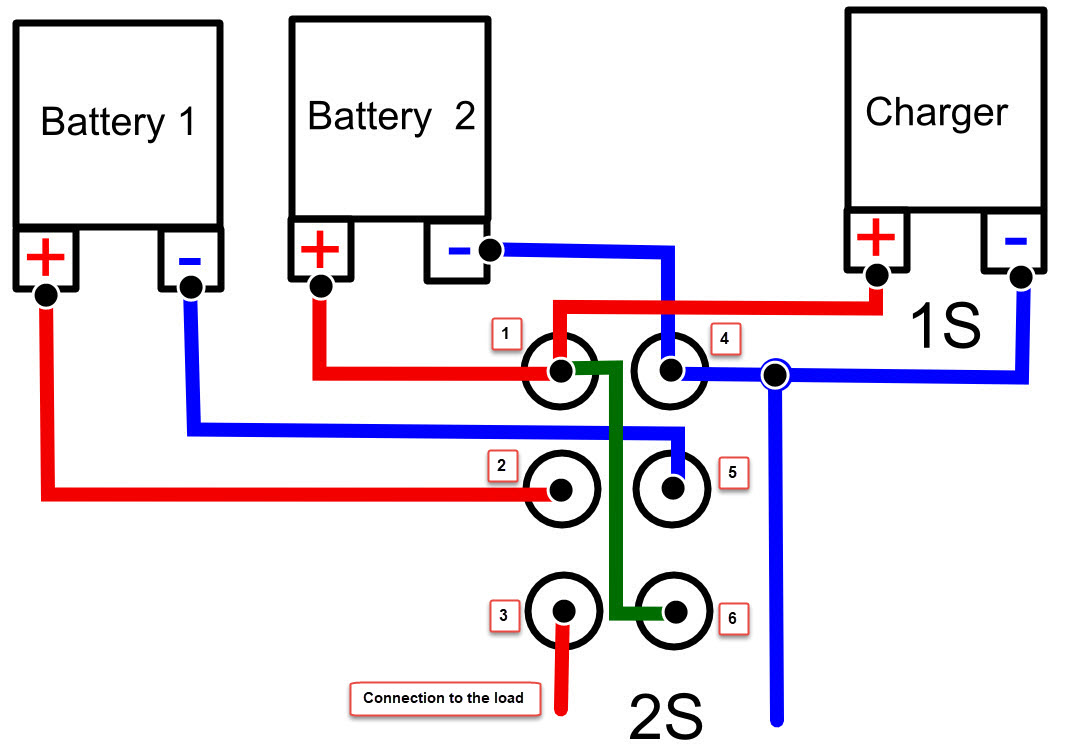 I was looking for an option to create a circuit with a switch, so I can use two single cell li-on Nokia cell phone batteries in series, but charge them in parallel through a USB charger. The idea is to be able to install the batteries in a small robot, where they will not be easily accessible to charge with my regular li-po battery charger. I have a couple of these simple but effective battery chargers lying around, but they can only charge a single cell. After some digging around, I found the following circuit and was able to successfully to put it together and test it. You need a “double-pole-double-throw” (DPDT) switches. It is a switch with six pins, essentially two single switches with a common button / slider. The two sides of the switch are not connected and control two separate circuits. So here is what you need:

And here is a quickly drawn diagram of the connection. When the switch connects the upper two sections (pins 1 to 2 and pins 4  and 5 on the other side) the load is switched off, the batteries are connected in parallel and can be charged with a single cell charger. When the switch is the lower position (connecting pin 2 to 3 and pin 5 to 6) the batteries are connected in series and to the load. 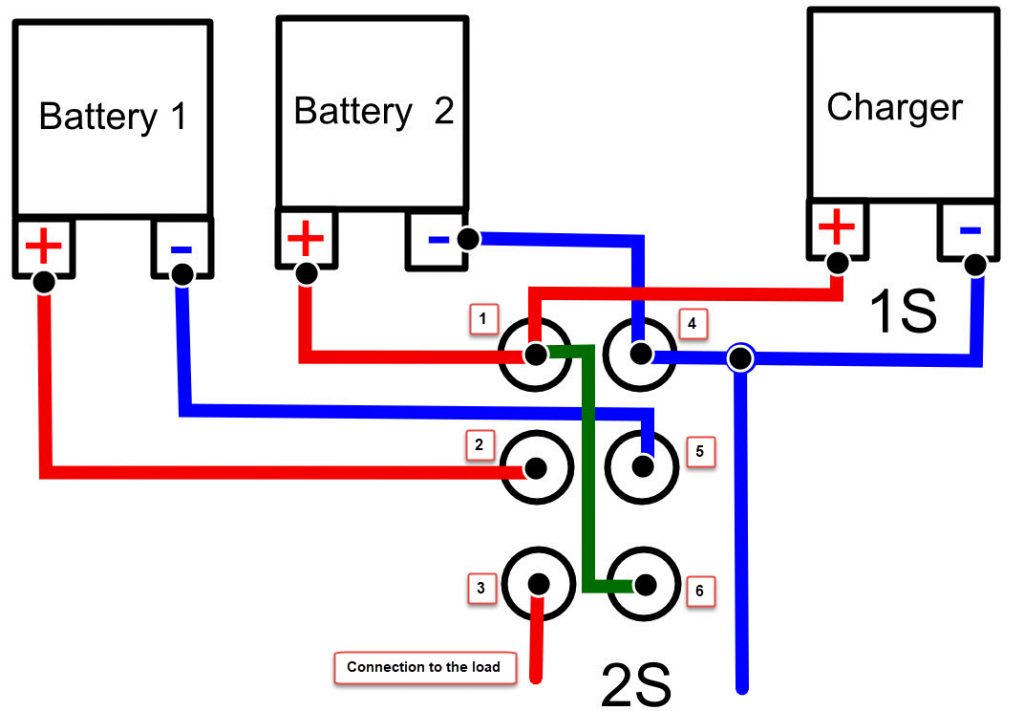 Last, but not least,a safety warning: Li-po and Li-on batteries are dangerous and can explode and catch on fire if shorted, damaged, or over-charged! Also, this circuit does not properly balance the two single batteries. You should only use identical batteries, ideally from the same batch, so they have the same capacity and discharge rates.